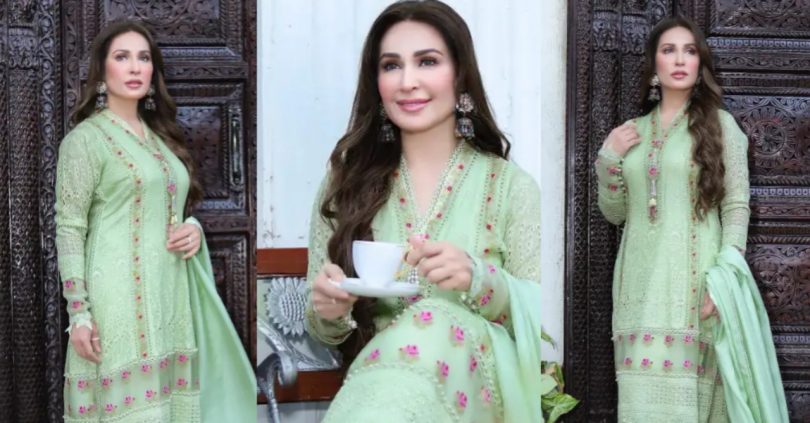 Reema Khan is a Pakistani Actress, Director, and Producer. She was born 27th October 1971 in Lahore, Pakistan to a Punjabi family. She got her early education from Multan. Very few people are known of the fact that her real name is Sameena Khan.

Reema has appeared in more than 200 films since making her debut in 1990 and has been recognized by Pakistan and Indian film critics for her acting. She was first spotted by the Pakistani film director Javed Fazil and was offered the leading role in his film Bulandi and Television Series Ye Ghar Aap Hua (2012) aired on Geo TV. She was last seen in the film Love Mein Ghum (2011). Reema Khan directed & produced two films Koi Tujh Sa Kahan & Love Mein Ghum.

There was much hype about her marriage but later she announced to marry famous Pakistani-American-based cardiologist Syed Tariq Shahab in November 2011 and they are spending a very beautiful married life in America. She gave birth to a son named Ali Shahab. in the year 2015.