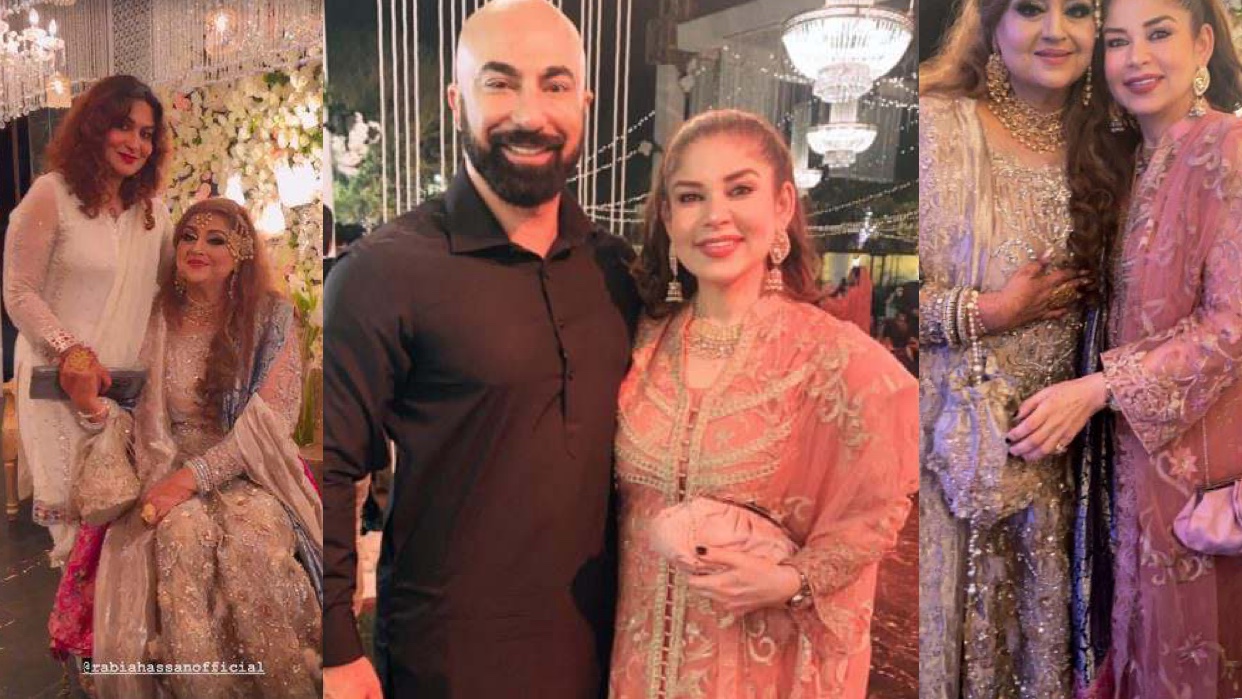 Anjuman Shaheen is the Pakistani actress who was in lead during her 1990’s journey.She was considered as one of the successful actress during the 1990’s.Her career was hit for more then 20 years. 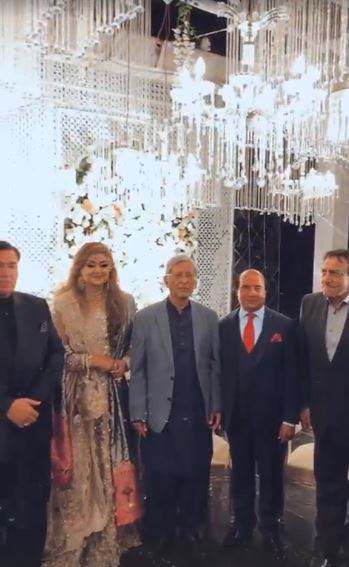 Anjuman Shaheen has appeared in more than 250 films and her most famous hits were released on the same day which is still an unbreakable record till now.

The most famous and known hits of Anjuman Shaheen are Sala Sahib,Chan Varyam and unforgettable movie Sher Khan.

Anjuman was a punjabi actress during her time,it is still estimated that she has worked with every co-star during her time but her one of the famous tuning was with Sultan Rahi. 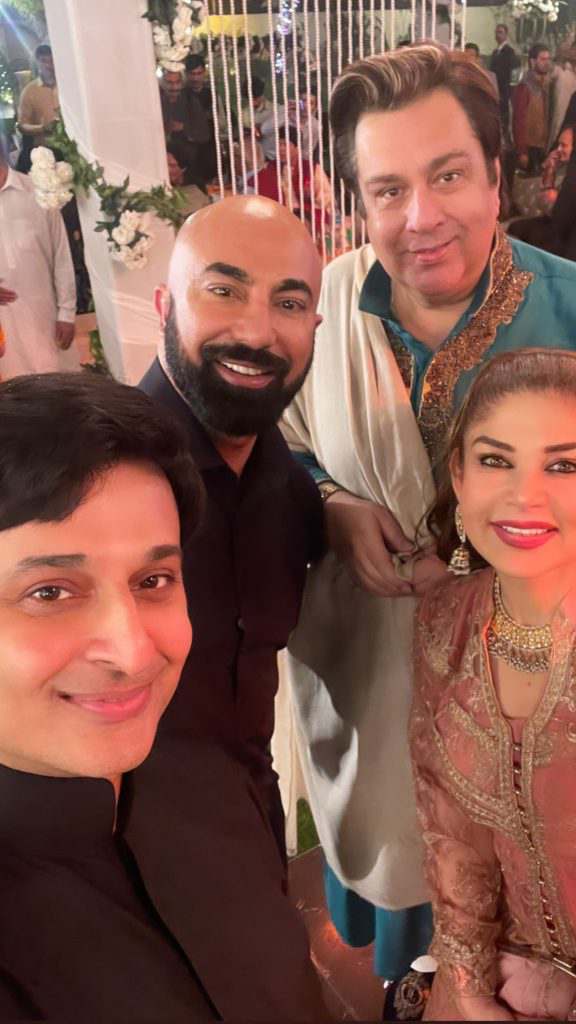 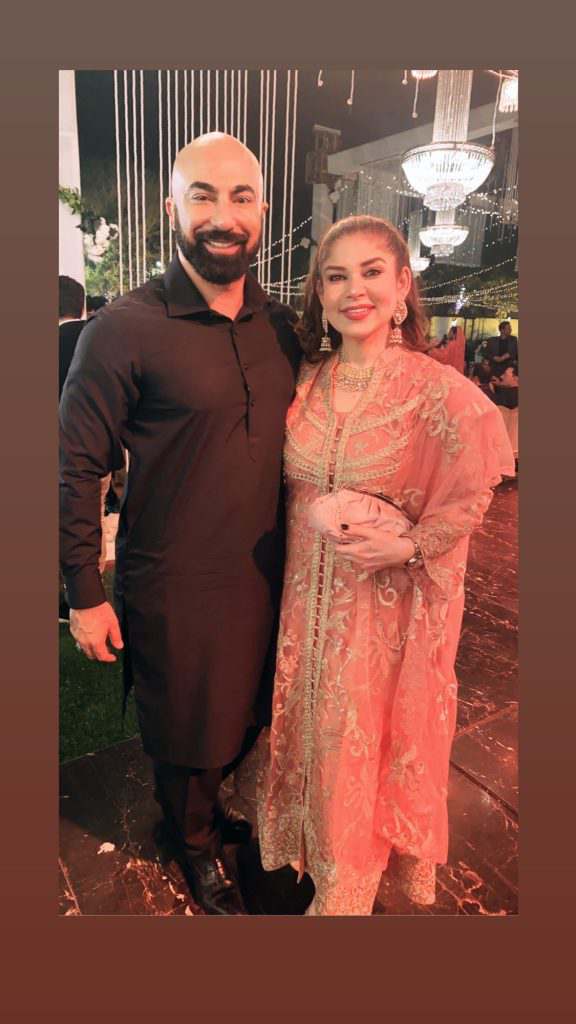 It is said that they both have ruled their era once with their scintillating performance.

Recently,the walima ceremony of Anjuman Shaheen’s son Adnan Malik was held in Lahore and many famous actors and actresses were also seen in the wedding,it was really a star stunned wedding.Some famous names which were present at the wedding are Shaan Shahid, Mishi Khan, Meera Jee, Iftikhar Thakur, Asma Abbass, Nadeem Baig, Moammar Rana, and HSY. 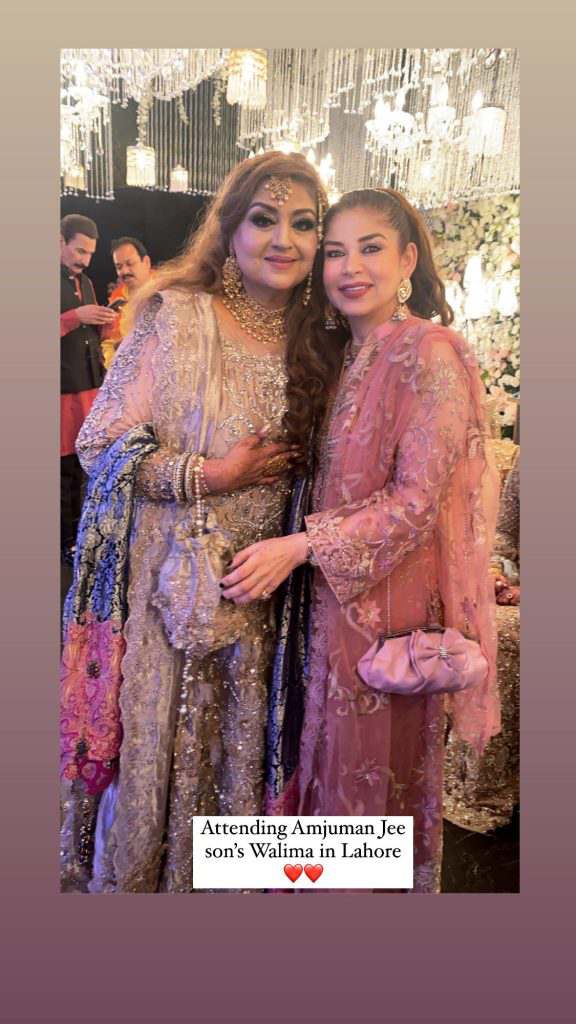 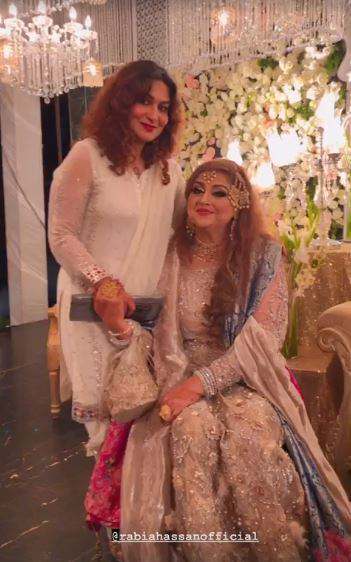 Seeing Anjuman ji is making us love the pictures from the event that is making our old memories green again by seeing all of our favourite actors in the frame.

If we talk about the last film in which Anjuman Shaheen appeared,it was Peengan and her first movie was Soorath.

She has played in urdu films as well as punjabi movies also. 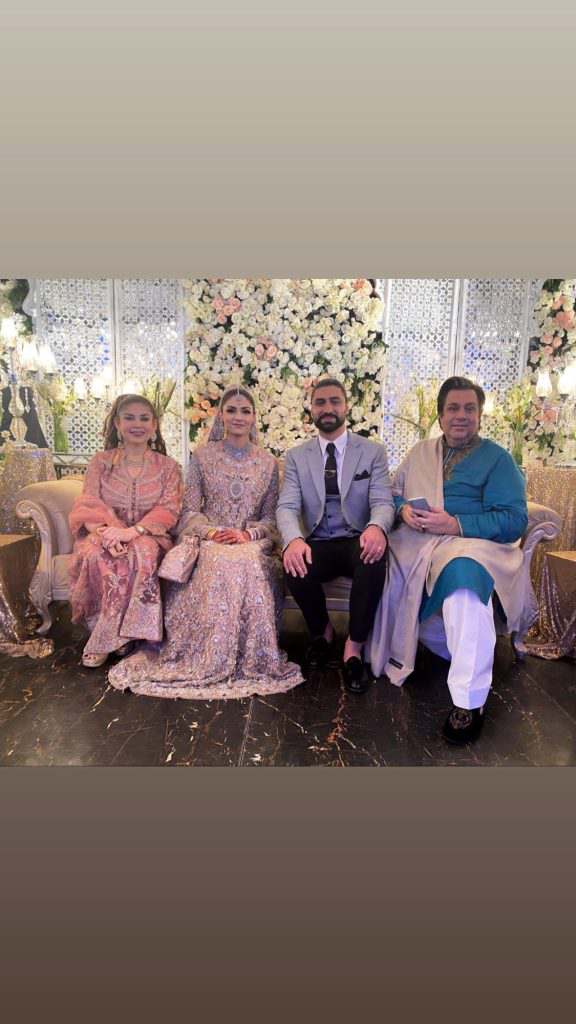 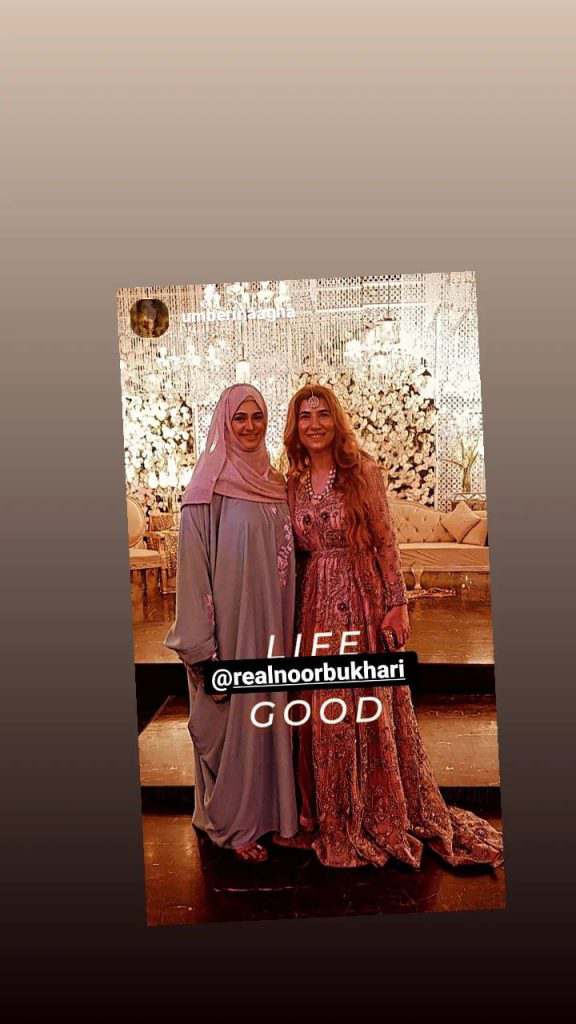 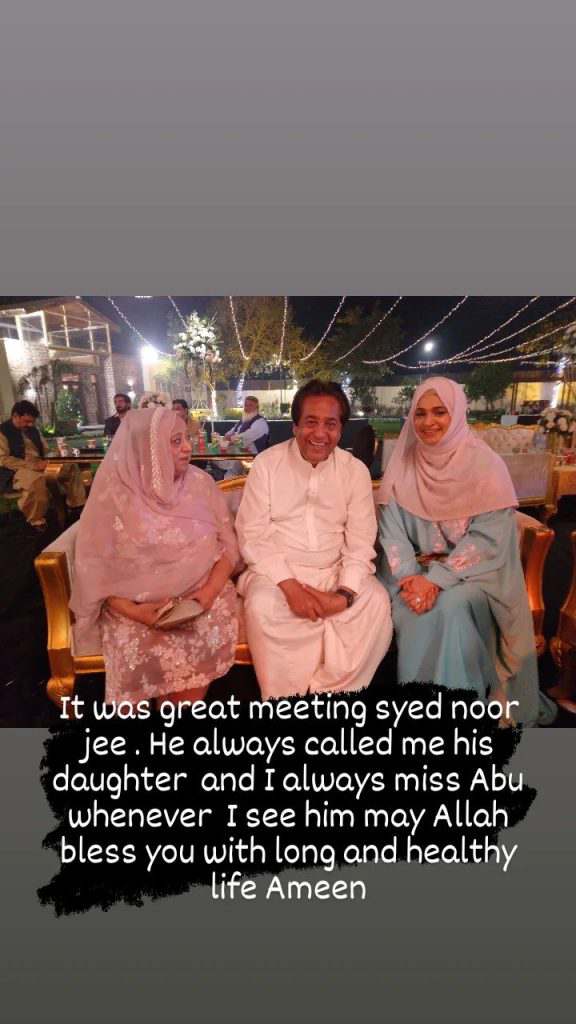 What are your thoughts on this event?Did your memories also refreshed,let us know in the comment section below.
Thanks