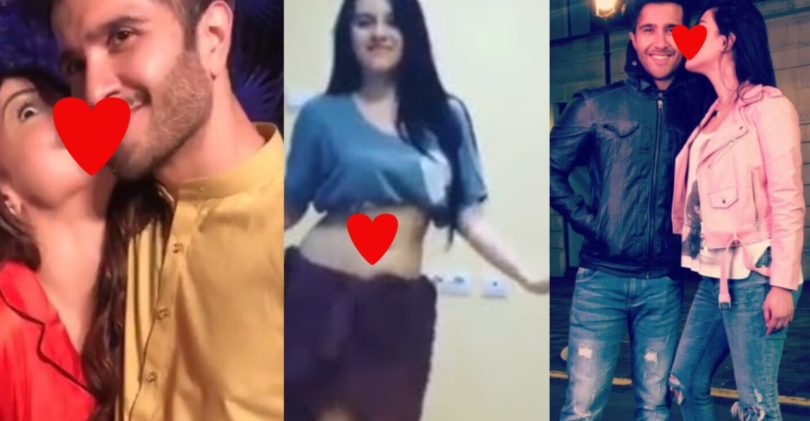 The entertainment industry in Pakistan, also known as “K-town”, has been facing turmoil after Feroze Khan sent defamation notices to several artists for making false and unfounded claims against him.

This has led to a crisis, as the actor publicly shared the legal notices, which also included the personal contact information of his fellow celebrities, causing them to receive unwanted calls and messages. 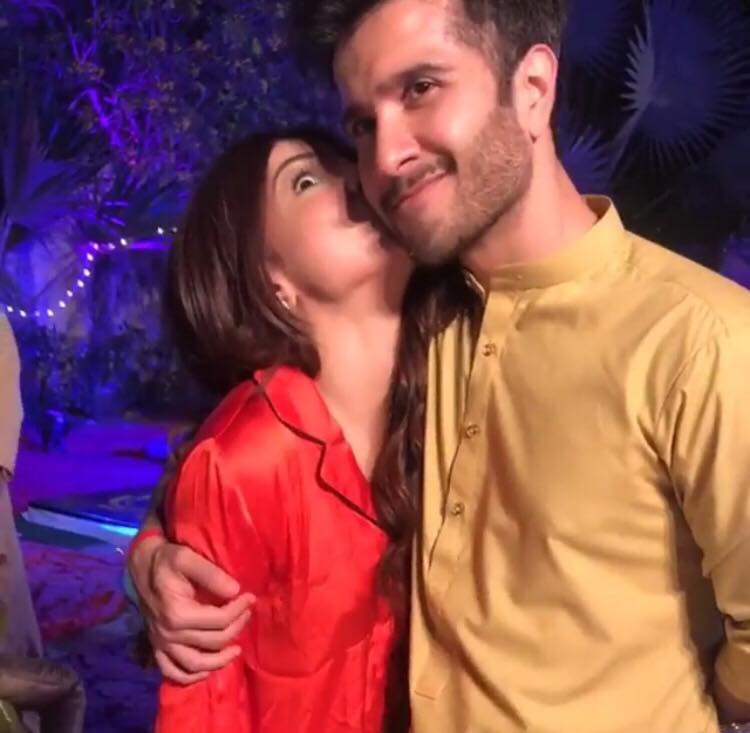 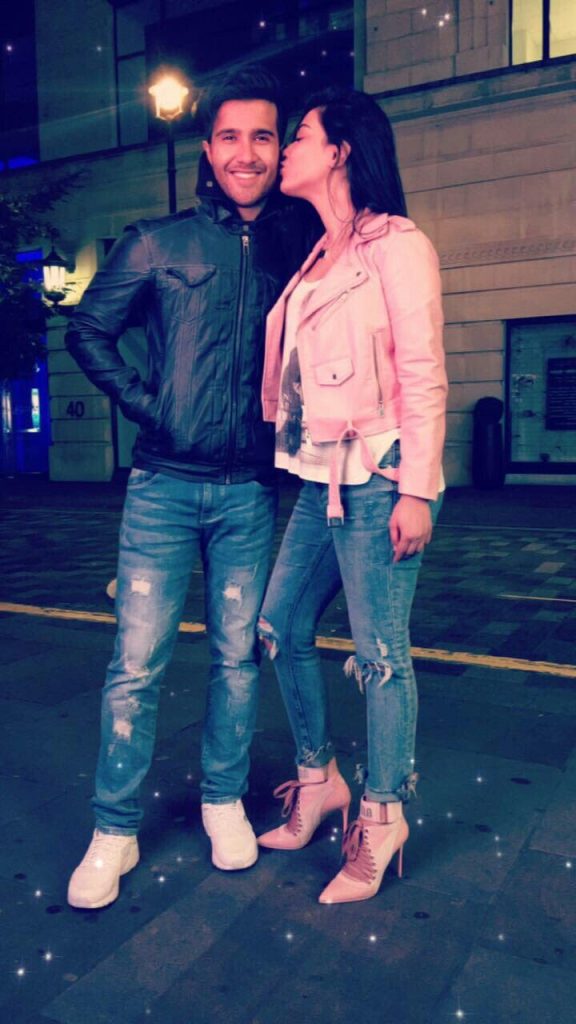 Many have taken to their social media handles to highlight the crisis and slam Feroze. Yasir Hussain has publicly criticised Feroze for sharing his personal contact information, which led to unwanted calls and messages. Hussain shared a series of screenshots on Instagram, detailing how Khan had previously shared and then deleted his phone number on his official Twitter account, calling him a “stupid man” for his actions.

He also posted a star-studded photo on the photo-sharing app which featured several popular celebrities. “A day before my number was leaked! It’s surprising that the superstar didn’t mention his own wife’s name, but shared every other women’s details online,” read the caption.

“It is bizarre and despicable that private information, including phone numbers of various famous individuals has been publicly shared on the absurd pretext of issuing a legal notice to them by Feroze Khan. Not only are such actions clearly illegal but also demonstrate the total lack of maturity to handle matters in a civilised way.”

Her husband, Fahad Mirza, also took to Instagram to call out Khan, labelling him as a “moron of the highest order.”

“Feroze Khan is very vengeful and stupid for adding the personal numbers of all those actors and then making it public.” He went on to add, “After this knee-jerk response, he really has proven that he is a moron of the highest order and I am sure whatever his wife says about him must be true.”

Stepping to her peers’ defence, Meesha Shafi also assured all those being called out for “defamation” that “he’s going to lose in every way in the end.” Without naming names, Shafi shared an Instagram Stories which read,

“Having suffered the most mala fide defamation case, I just want to tell anyone who might be stressing out because of this stupid case that he’s going to lose in every way in the end.” 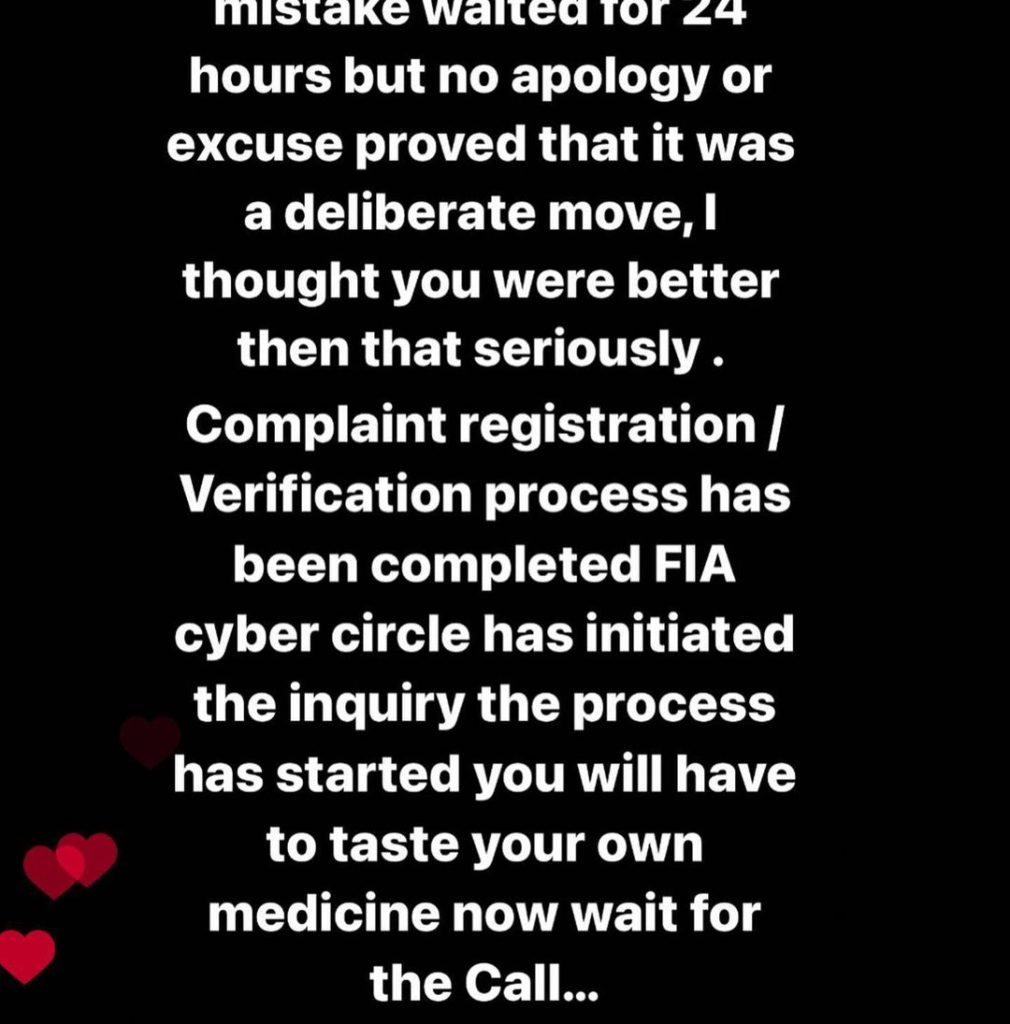 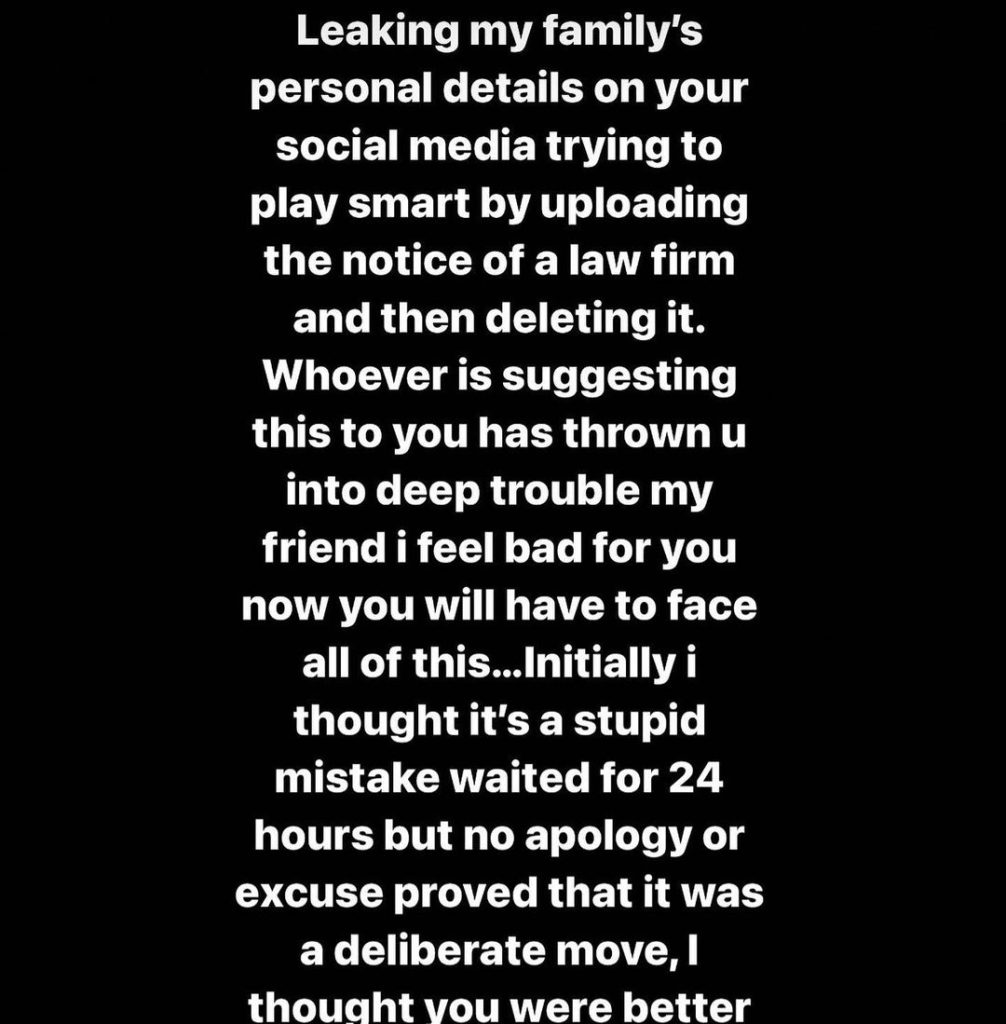 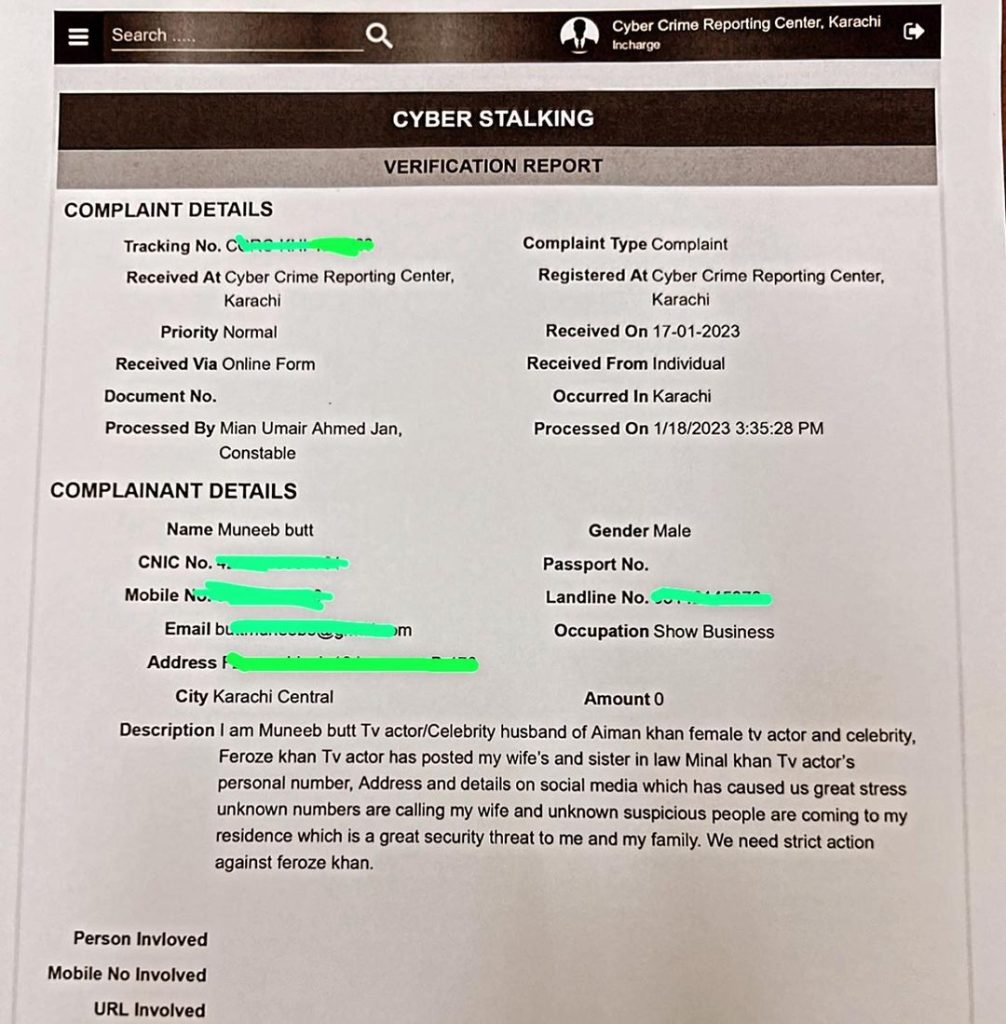