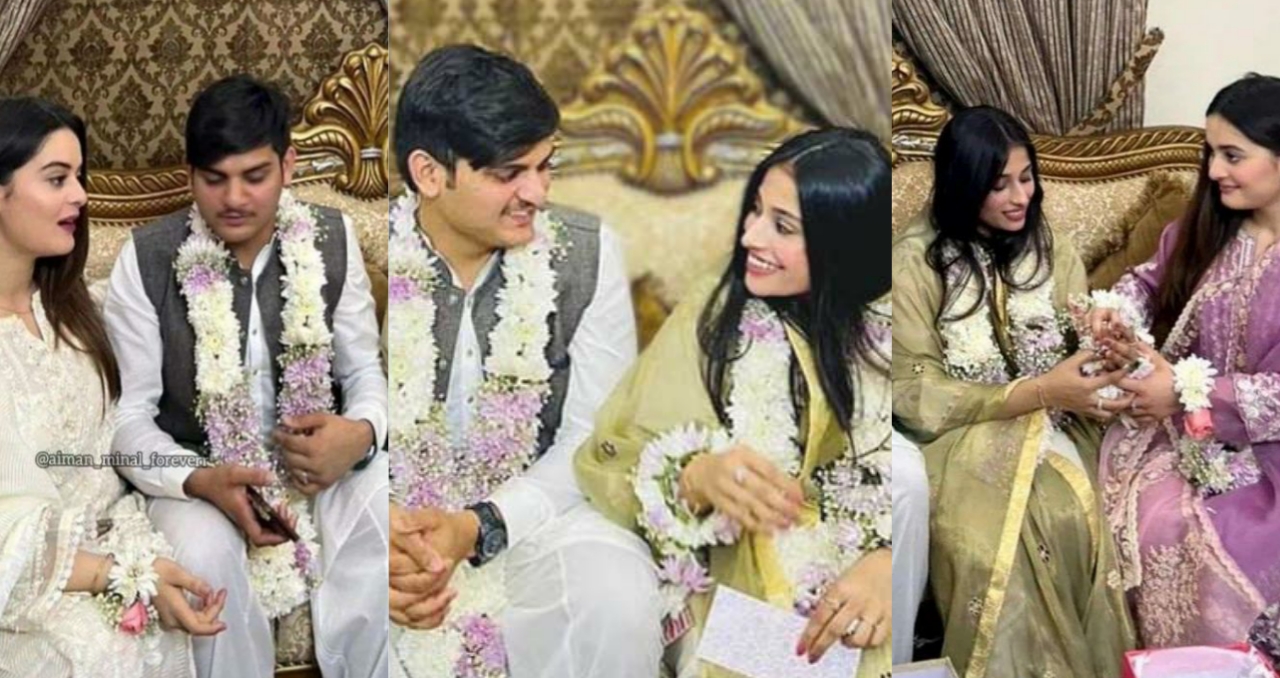 Pictures of the engagement ceremony of Aiman Khan and Minal Khan’s younger brother Moaz are going viral on various platforms of the social media site.

The engagement ceremony of Aiman and Minal’s brother was held at the house which was attended by close relatives including the family. 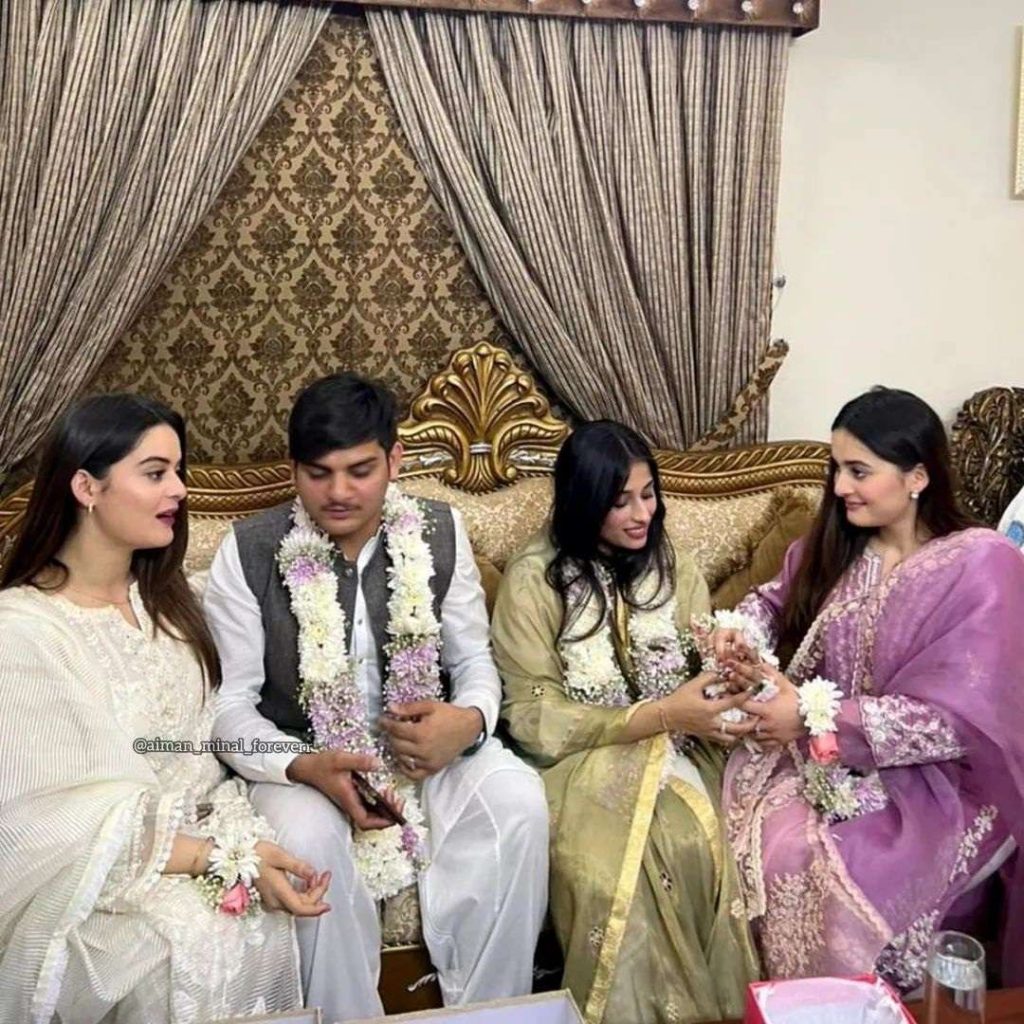 The actor’s brother Maaz has got engaged to a girl named Saba Sheikh but no other information about the girl has come to light yet. 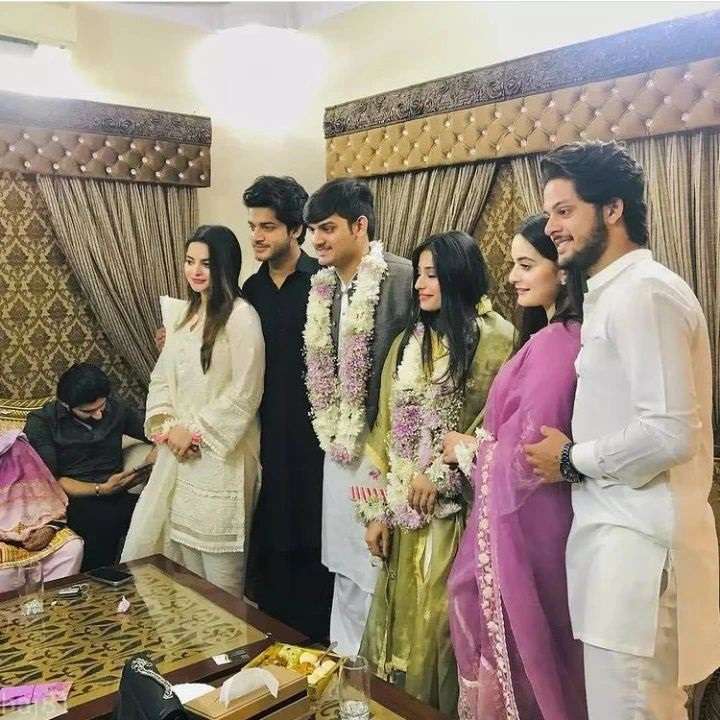 It should be noted that Aiman Khan and Minal Khan have three brothers, two of whom are twins like their sisters.

Aiman Khan is married to well-known actor Muneeb Butt, the couple has a daughter, while Minal got married to actor Ahsan Mohsin this year.

Yesterday, a talk show was held on Maaz’s talk, the pictures of which have gone viral on various pages on the social media site Instagram. 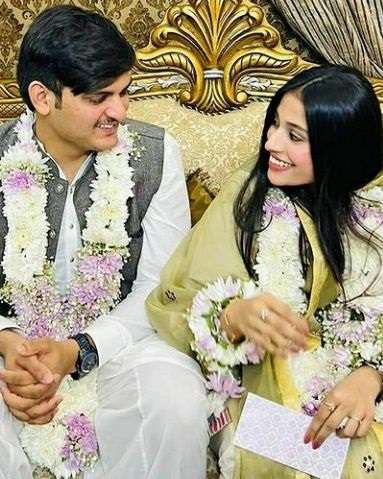 Aiman and Minal’s brother Moaz and sister-in-law Saba can be seen in the viral photos.

In these photos, Maaz chose a gray vest with a white shalwar kameez while her fiance Saba wore a white, golden and purple dress.

It should be noted that the twin sisters actress Minal Khan and Aiman Khan have a huge fan following and she keeps updating her fans with her latest photos on Instagram. 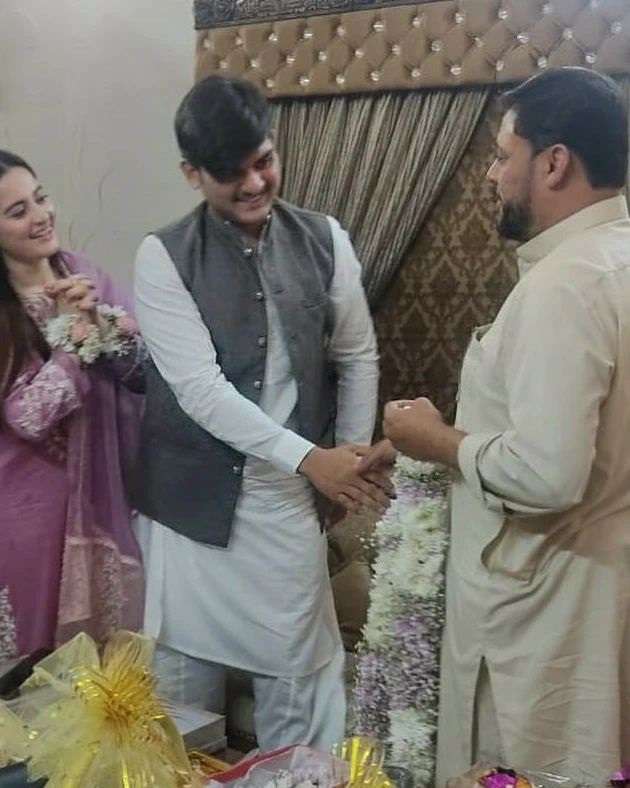 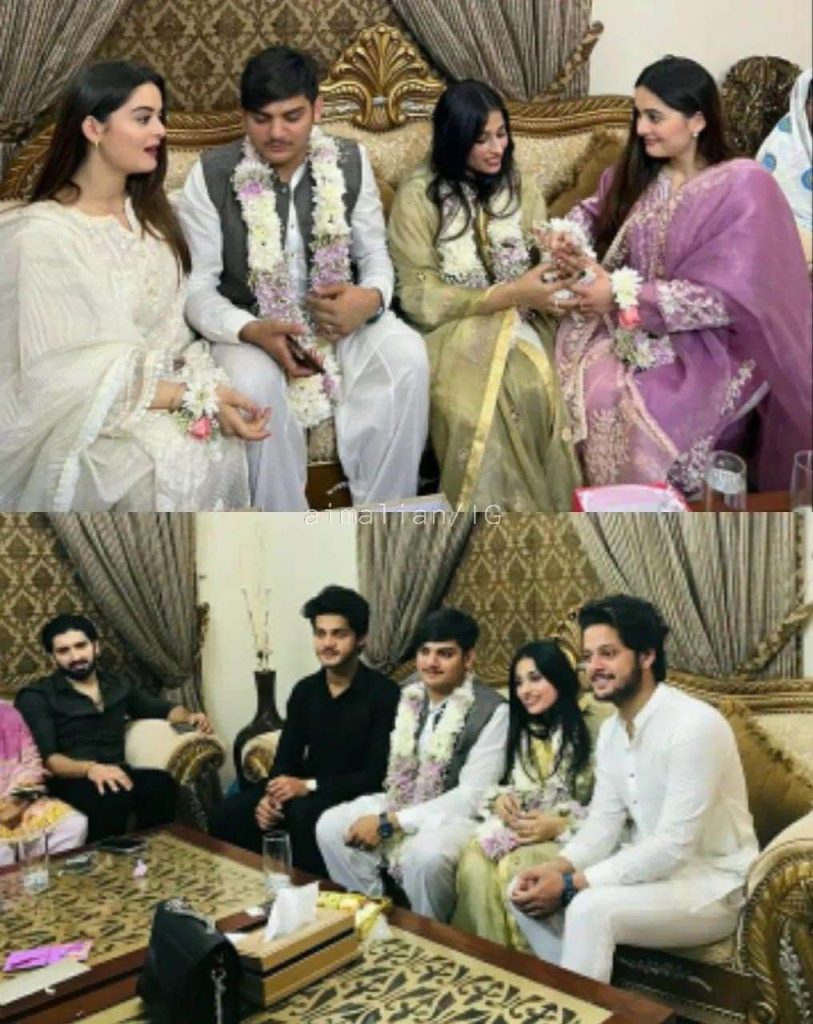 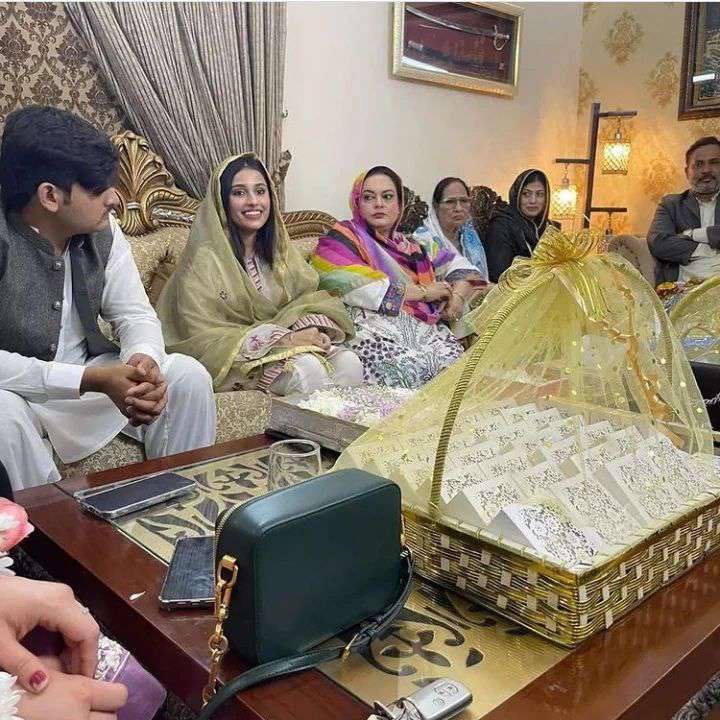 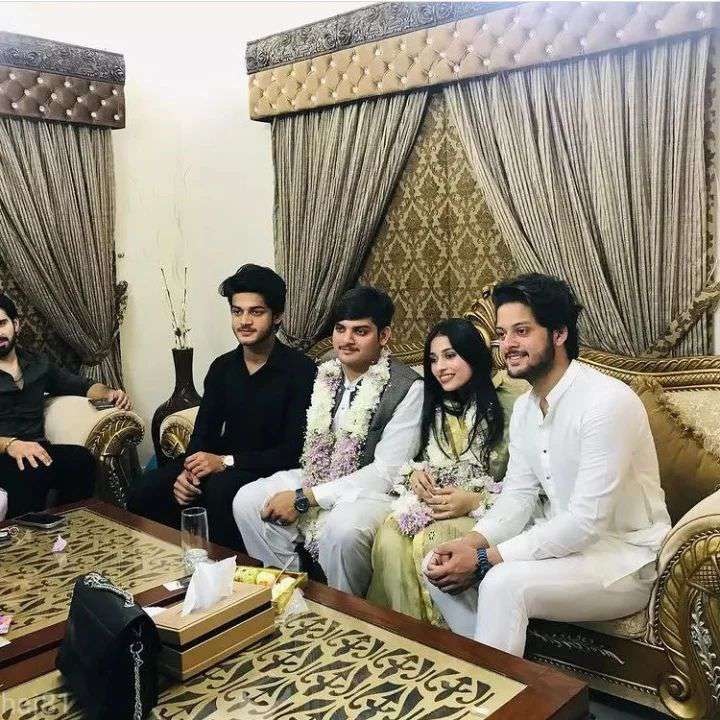