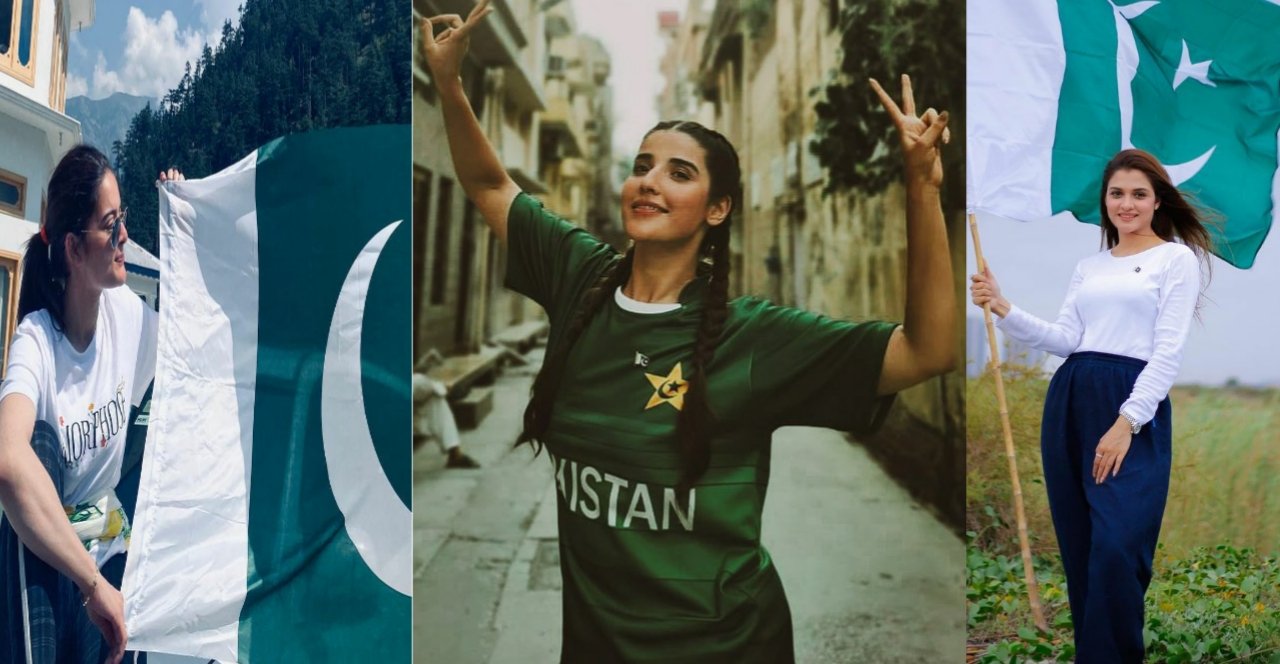 Celebrations of Pakistan’s 74th Independence Day have begun. Citizens across the country started August 14 at 12 midnight with full love and enthusiasm for Pakistan.

At 12 o’clock, young people took to the streets across the country carrying green crescent flags and banners. The city lights and important buildings have been decorated with electric lamps. Citizens took to the streets of Rawalpindi and Islamabad on the occasion of Independence Day.

At Sangam Faizabad, there was a rush of citizens. In Karachi too, the citizens started the Independence Day celebrations with full enthusiasm. Meanwhile, citizens took to the streets carrying national flags and singing national anthems.

1-Aiza Khan
Actress Aiza Khan shared her photo with her husband and congratulated the fans and the nation on her independence. 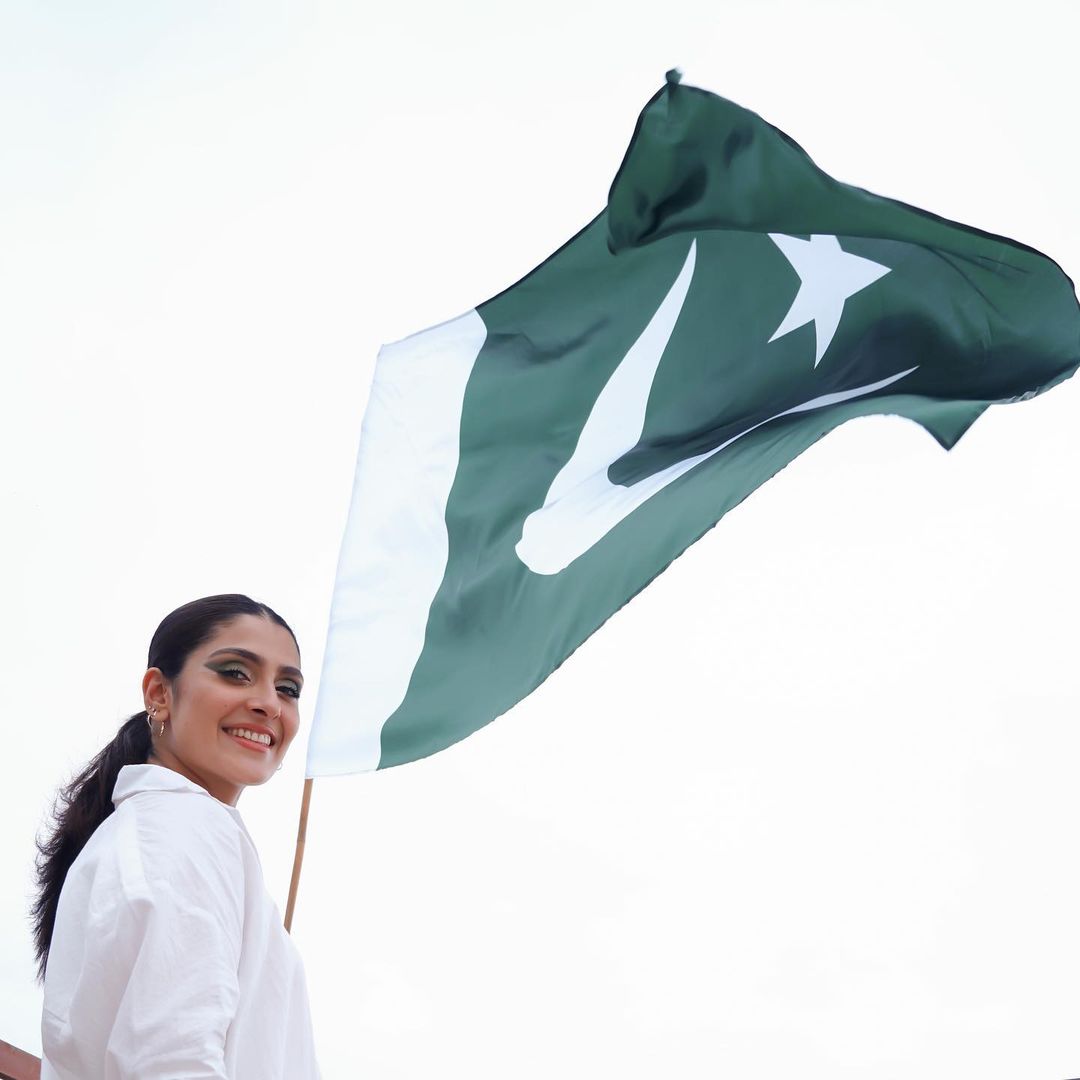 Hareem Farooq is a Pakistani theatre, film and tv star well known actress and a film producer, known for her excellent performances in the serial Diyar-e-Dil and Pawnay 14 August. She is also co-produced Janaan released by her 2018 super hit Parchi. She is the ist lady celebrity to get the chance of hosting Pakistan Super League in the same year. She Celebrated Pakistan Independence day by wearning Pakistan Cricket team shirt and looks very happy and smile on her face. 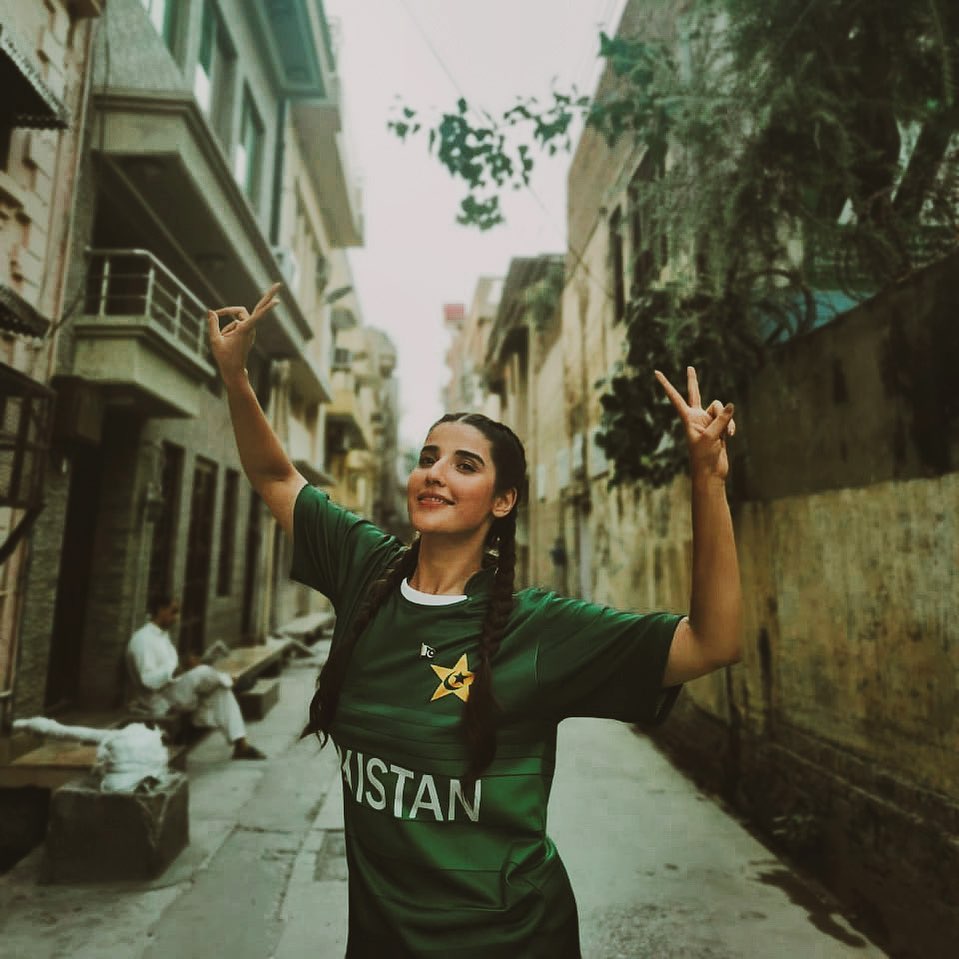 3-Aiman Khan
Pakistanis celebrated with enthusiasm. Aiman Khan is on vacations with her family and she posted her photo hodling Pakistan flag on Instagram. Pakistanis around the world showed solidarity with Kashmiris by naming their Independence Day. Showbiz stars also expressed their love for the motherland not only by sharing photos and posts on social media but also for the country. Expressed good wishes۔ 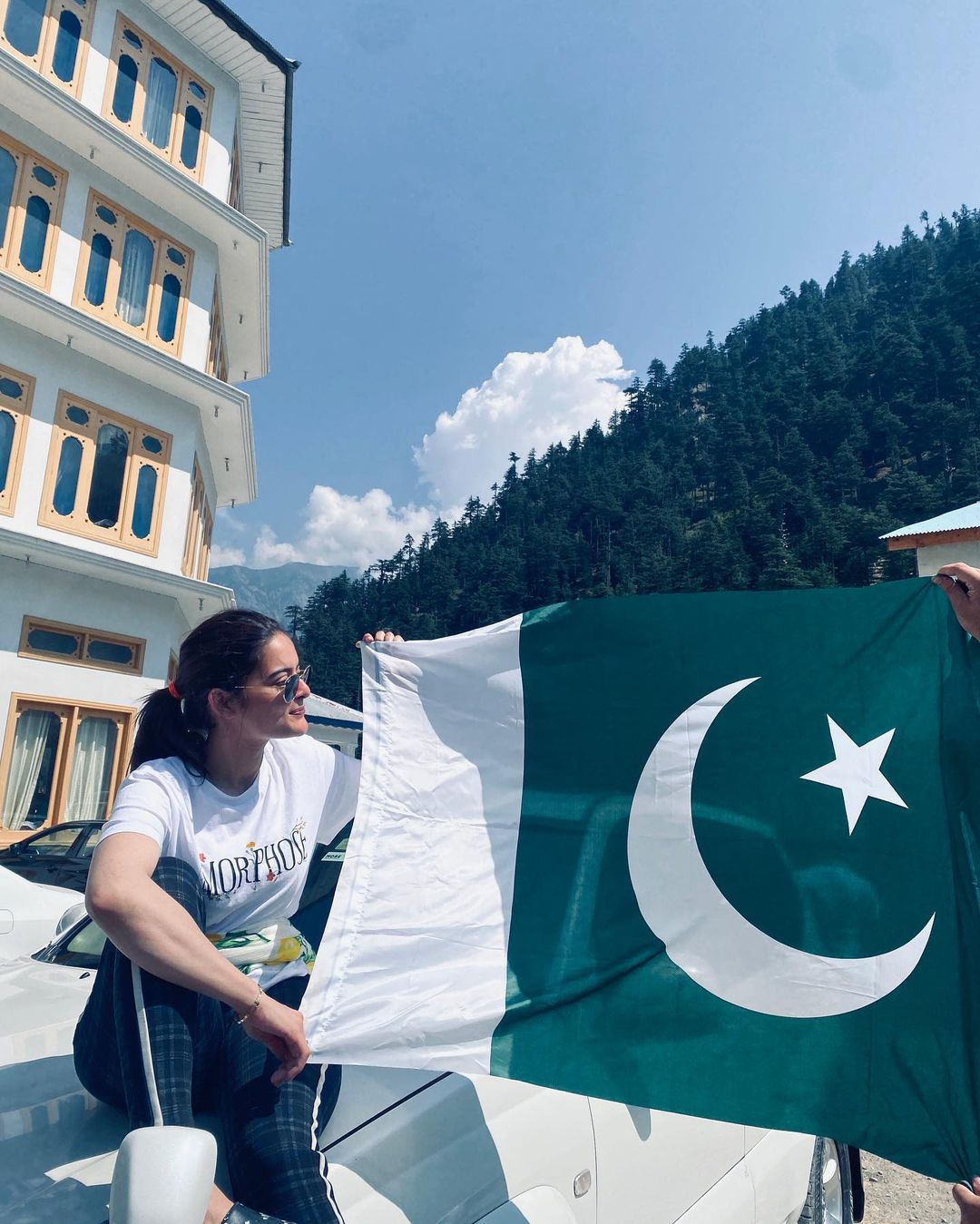 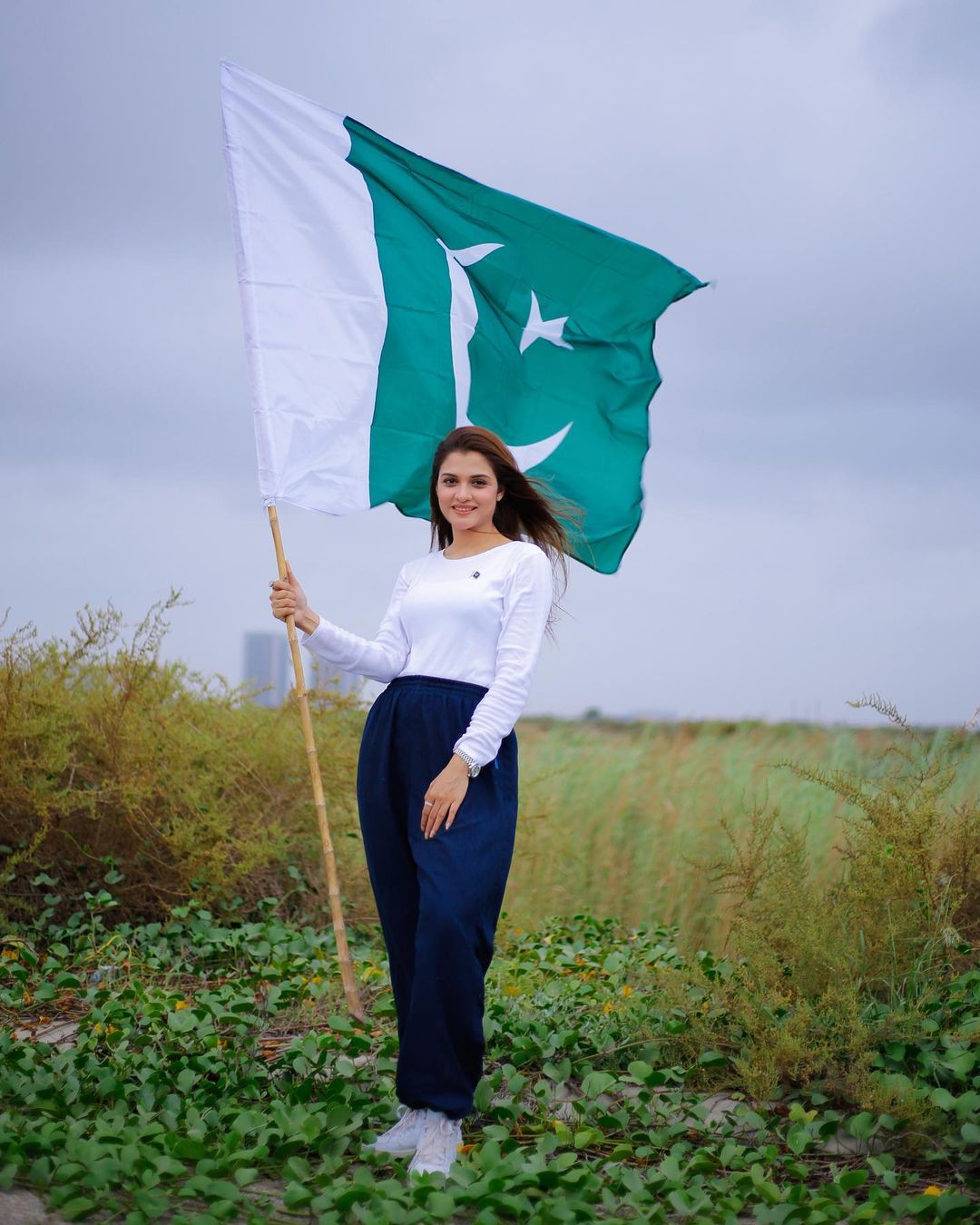 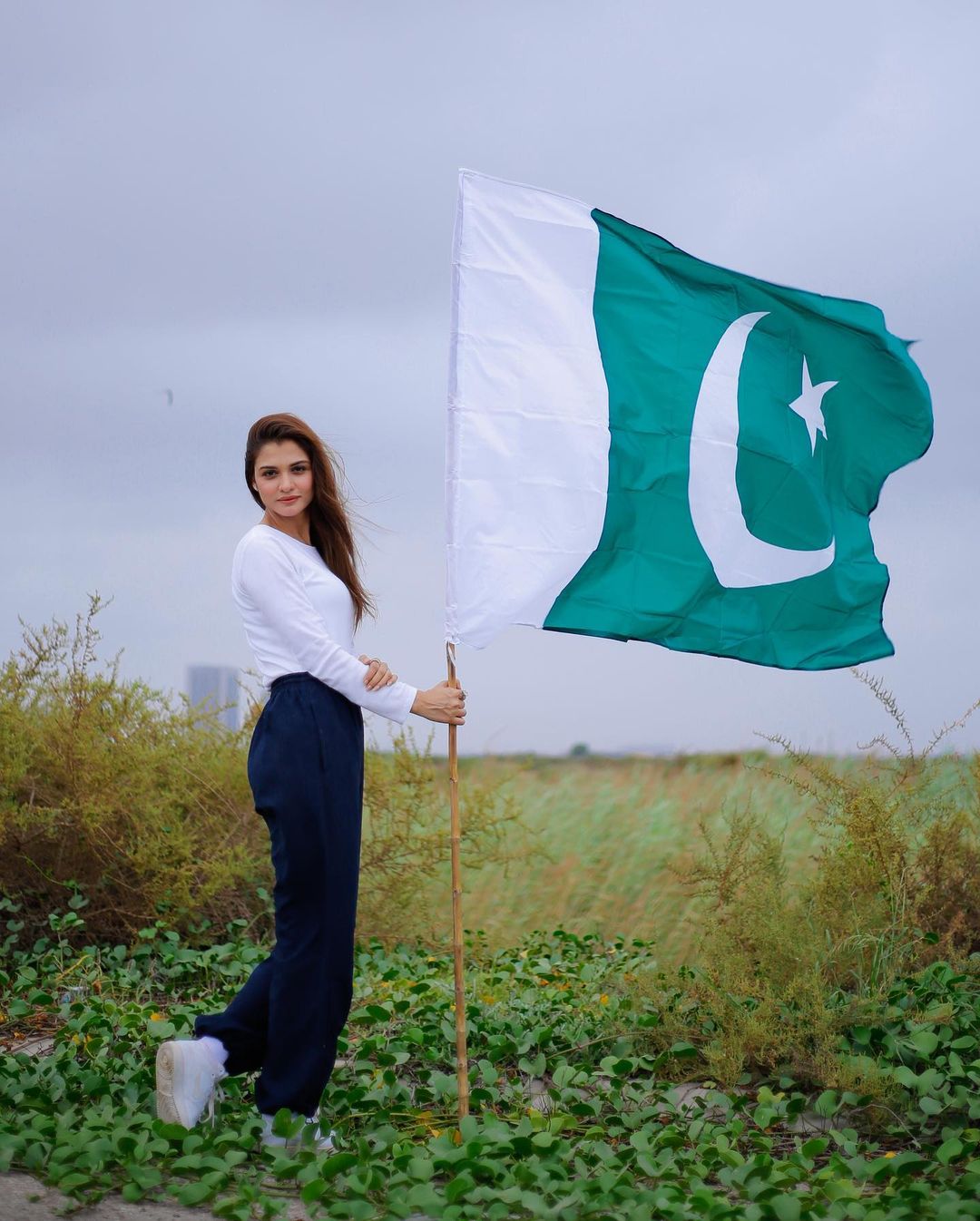 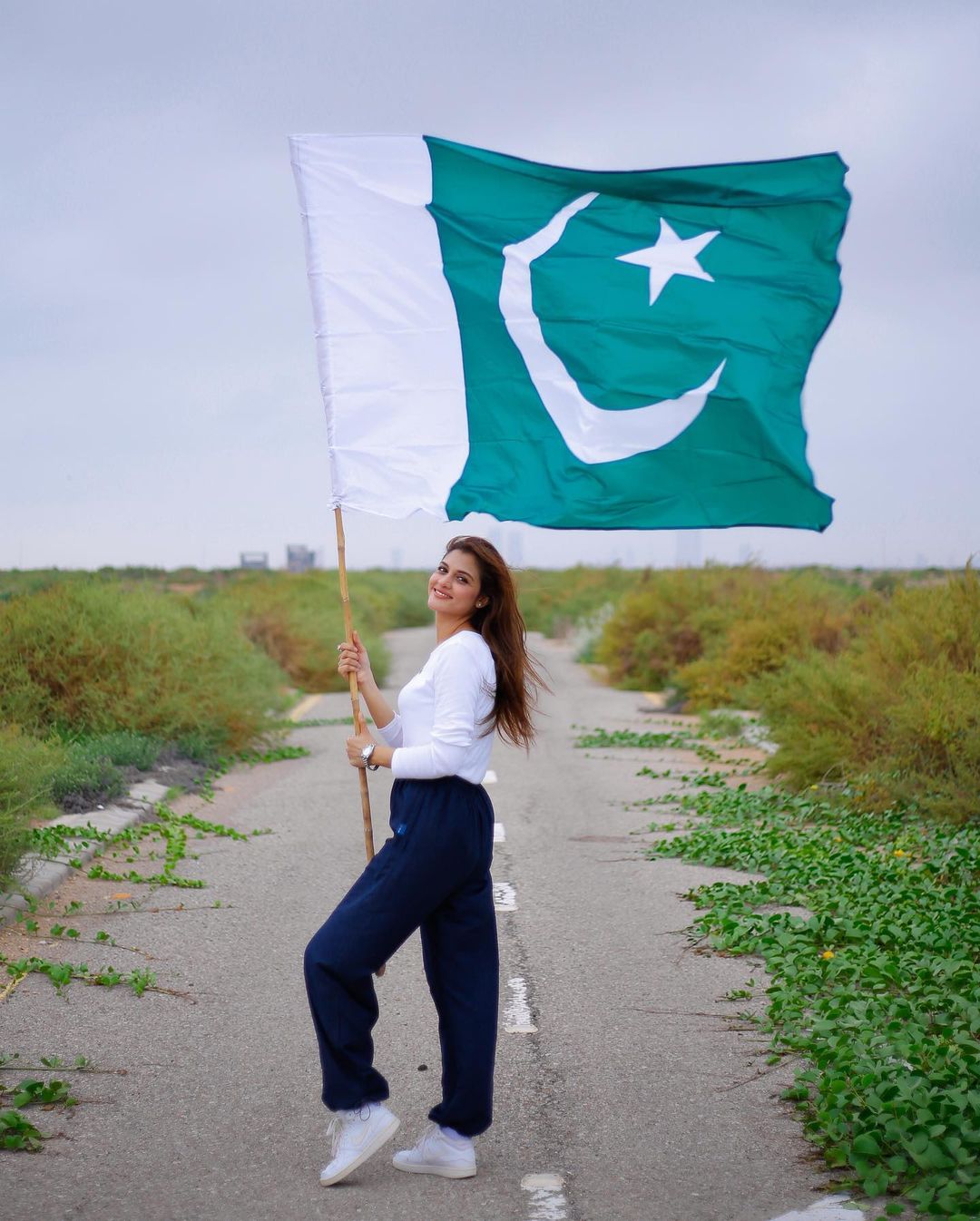 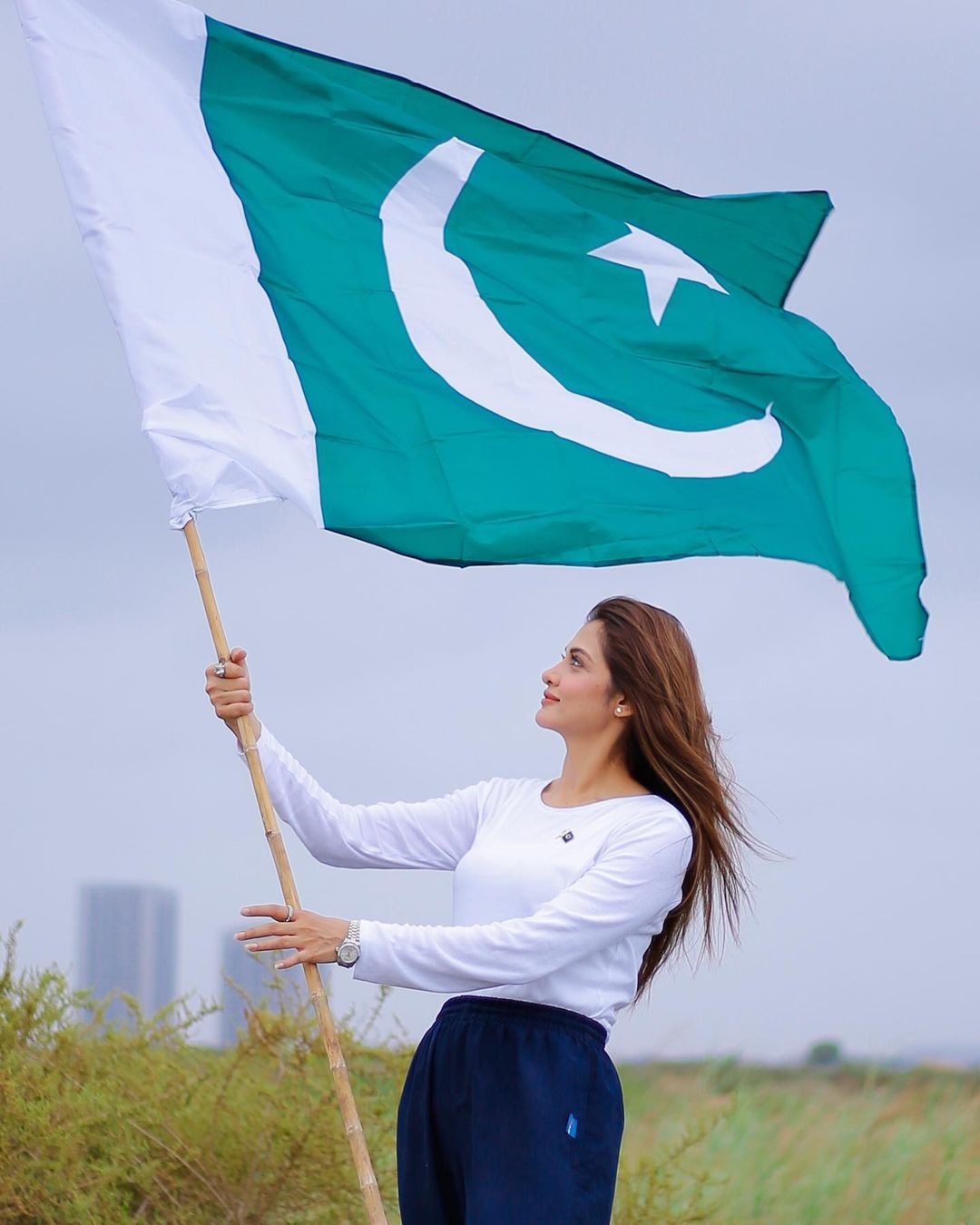 5-Komal Rizvi
Actress and singer Komal Rizvi shared her photo with the national flag and congratulated the nation on independence. 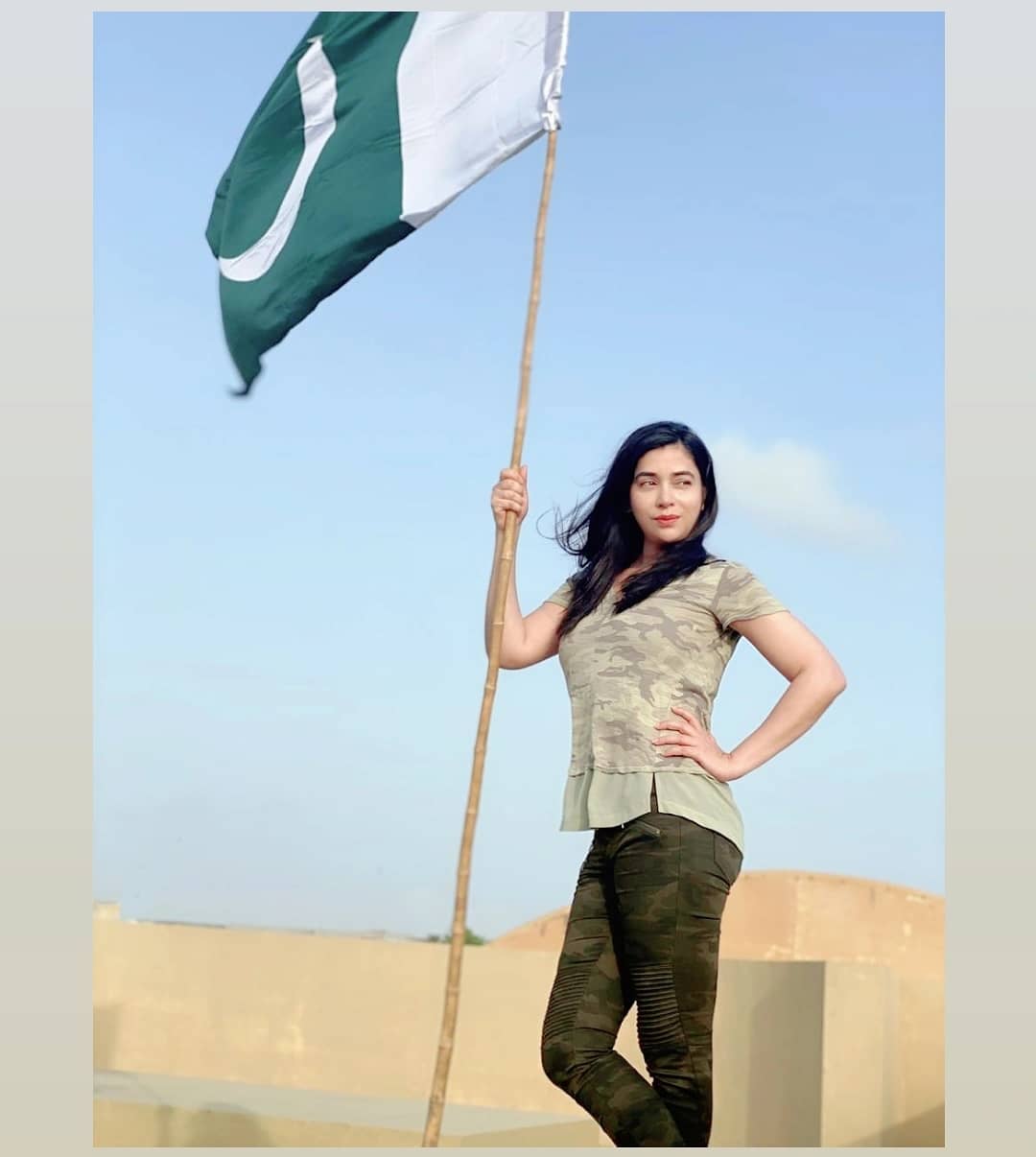